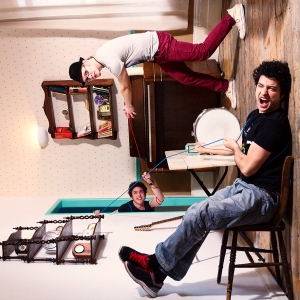 Plastic Barricades recently released their new album, Mechanics Of Life.  Taking inspiration from bands such as  Radiohead, Oasis, Coldplay, Muse, Keane, Razorlight, Nirvana and many others, this band like to explore their sound and it shows on their record. You can listen to the band’s album in completion on Spotify now.

The melodies throughout this record are well crafted. Acoustic guitar runs through these tracks with real sophistication that work with the bands drum work, subtle as it is but really giving these tracks a solid foundation to these songs. This is particularly the case on tracks such as Be The Change, where the band show what they can do.

Lyrically is where the band come into their own I feel on this album. Solid choruses and poetic verses that have something to say, Plastic Barricades have a great style on this record.  Opening track How Goldfish Grow pulls you in with a simple but effective hook and tracks such as Medicine Man stand out too, especially when they work so well in harmony with the band’s sound on this track – it makes for a highlight on the album.

A good record from a band with a lot of promise, Plastic Barricades create some great Acoustic Rock and Indie tracks on this album that certainly show who this band are influenced by and they take those influences and use them well. Highlights for me on this album are Medicine Man, How Goldfish Grow and Our Favourite Delusion stands out too.