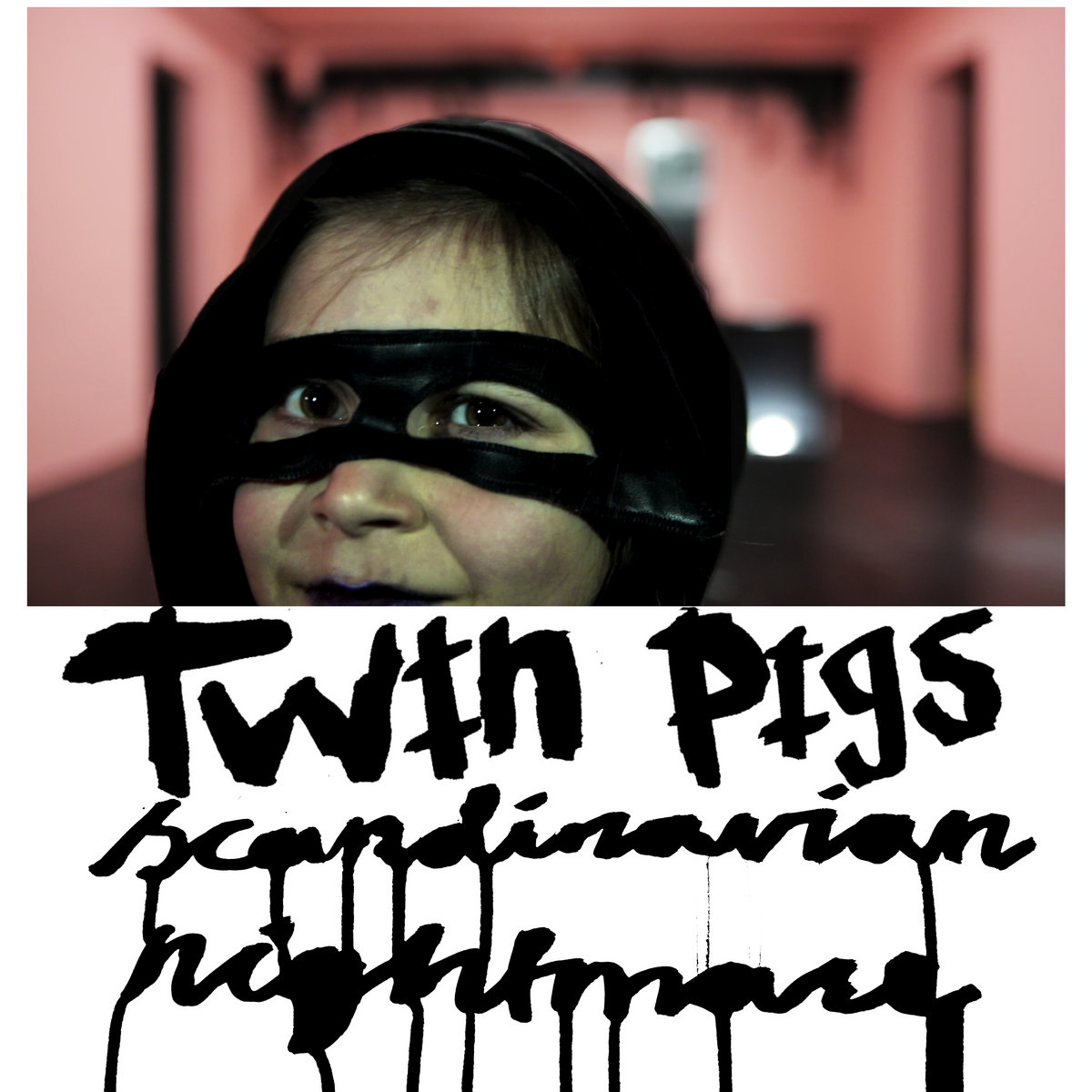 Scandinavian Nightmare is the latest release from Twin Pigs, the Punk Rock/Hardcore band according to them from the future. An unholy mix of punk, hardcore, rock, Satan, politix, fake news, real news, internet and movie references, this is an album I never knew I needed. You can give a listen to title track now through Youtube here.

Brutal and brilliant, this album is packed with this band’s aggressive melodies that make for incredible listening. Guitars that give these songs pops of energy, especially on tracks such as ‘I Hate My Brain’ and ‘Gaping Headwound’ and drums that give these songs dramatic foundations and awesome beats, this is a band that sounds epic.

With these huge melodies are the triple threat of vocals. Raw and brutal on the vocal chords vocals power throughout the album, the mix of male and female vocals works on this record so well, supporting one another fantastically on every track. This is particularly clear on cuts such as ‘Lollipop’ and ‘DOGS’ where the female vocals back up the male ones brilliantly in the chorus, this band work together so damn well.

Twin Pigs are a ferociously fantastic band and it shows on this album as the band expel energy like a tornado and bring vocals that rip through like a twister too. Highlights for me on this record are ‘Lollipop’, ‘I Hate My Brain’ and title track ‘Scandinavian Nightmare’ but I must also highlight how fantastic the combination of ‘Human Hybrid’ and ‘Death And Hatred to Hardcore’ is, finishing this album off just right.